UPDATE: iPad users, be sure to read all the way to the bottom of the post, as there is an update regarding access to the full Facebook desktop in the Safari browser.

I can’t live without my tablet. First, I used the iPad and then eventually switched to an Android tablet as my primary gadget.

If you are a tablet owner, though, you probably know that apps like Twitter and Facebook treat your tablet as a mobile device by default. Instead of showing you the desktop version of a site, they automatically switch over to the mobile view of the website.

Identifying How To Get The Facebook Desktop View On Your Tablet

Facebook can be just as infuriating, too, so I set out to find a way to view the full version of the Facebook web pages on mobile. Facebook doesn’t make it easy for you to switch from desktop to mobile view on your mobile device, tablet, or ipad.

Most apps have a “Switch To Desktop View” link in their footer navigation, but Facebook mobile site doesn’t include one.

And to be honest, it takes a small miracle to even see the footer navigation on the mobile version of the Facebook site because the minute you scroll below the fold, the site makes  an AJAX call to add more posts to your timeline (because it thinks you’re browsing back in time) and it loads more posts.

The effect is that the Facebook footer navigation on their mobile site gets pushed down even further. So…if the mobile footer even had a “switch to Facebook desktop view” or  a”Facebook desktop” link you would likely never get to the point where you could see it, let alone click it.

So in an effort to not duplicate solutions created by others, I consulted Google and conducted searches like the following to find how to get the desktop version of Facebook on my mobile device:

facebook not mobile version – A couple of technical articles, but no simple solution.

force facebook desktop – Again, no articles that solved it issue.

In this post on the ASUS Transformer forums, one user indicates that the standard browser on the ASUS tablet has a checkbox that stops the browser from requesting mobile sites and allows you to browse the web in desktop mode, instead of mobile mode.

To confirm, I checked the settings on my ASUS tablet and, sure enough, there it is. Mine was unchecked by default. Another note, if you don’t use the standard ASUS browser, I also checked that the Firefox mobile browser and the Chrome browser have settings to Request a desktop site.

Important Tip – Once Facebook opens in your browser, be sure that the URL for the site is https://facebook.com and not https://m.facebook.com. Facebook can get a little sneaky and redirect you to the mobile version of their site, even if you request the desktop site. No worries, though, just adjust the URL and the rest of your session will be on the standard Facebook desktop site.

In those browsers, just load up Facebook.com in your mobile browser and then choose the dropdown menu and check “Request Desktop Site” in either of these browsers. When this checkbox is ticked, the browser will send metadata that it is a desktop version of the browser and Facebook will respond by showing the Facebook desktop website, rather than the mobile version of the site.

Can iPad Users View The Desktop Version Of Facebook?

Is there a way to force Facebook to display the desktop site on an iPad instead of the mobile site in Safari? I hope these tips help!

If you have a better way or if you’re running into issues, be sure to post a comment below and I’ll do my best to help out! 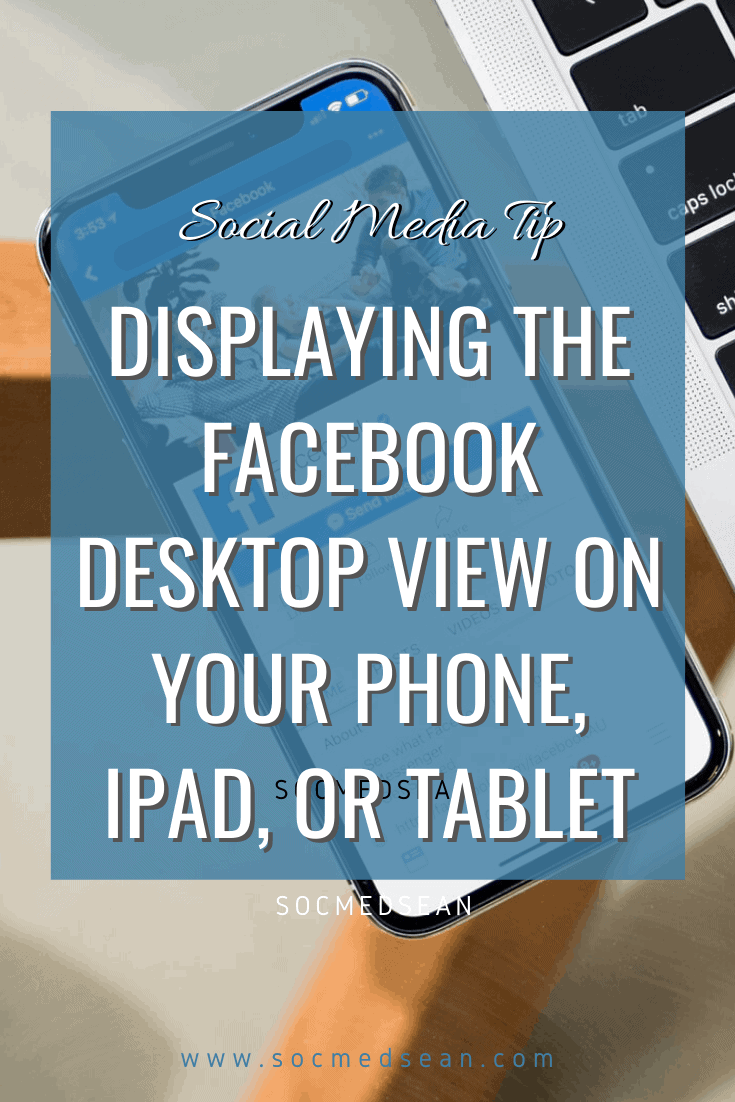 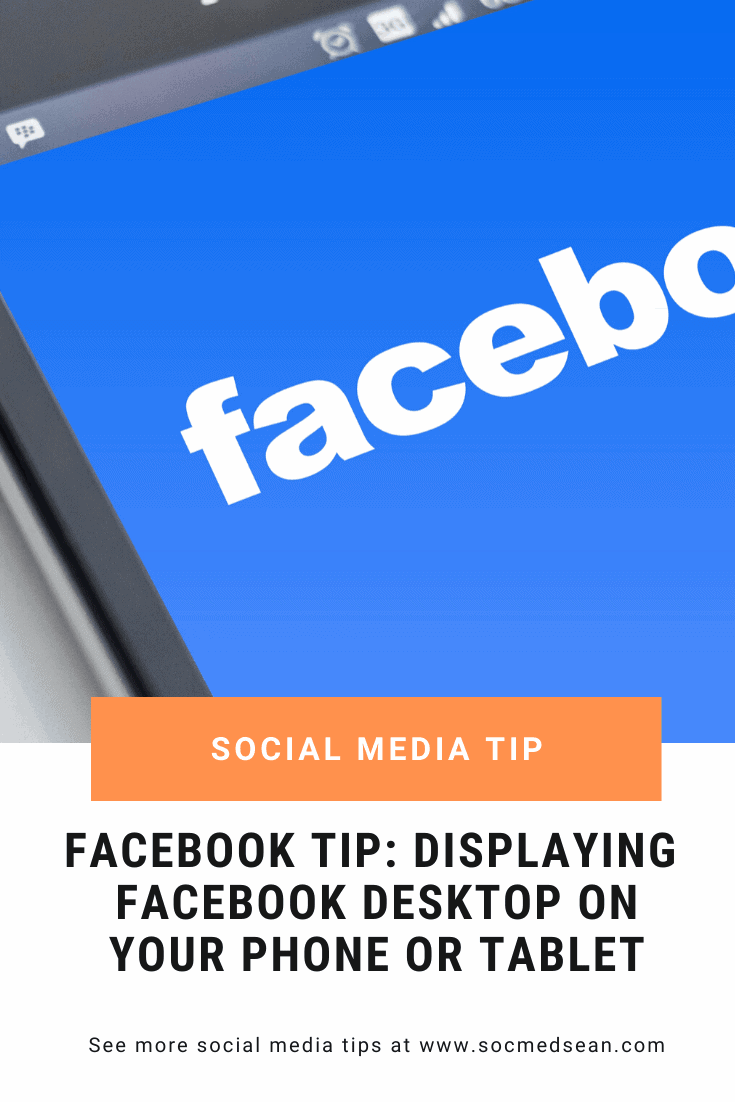 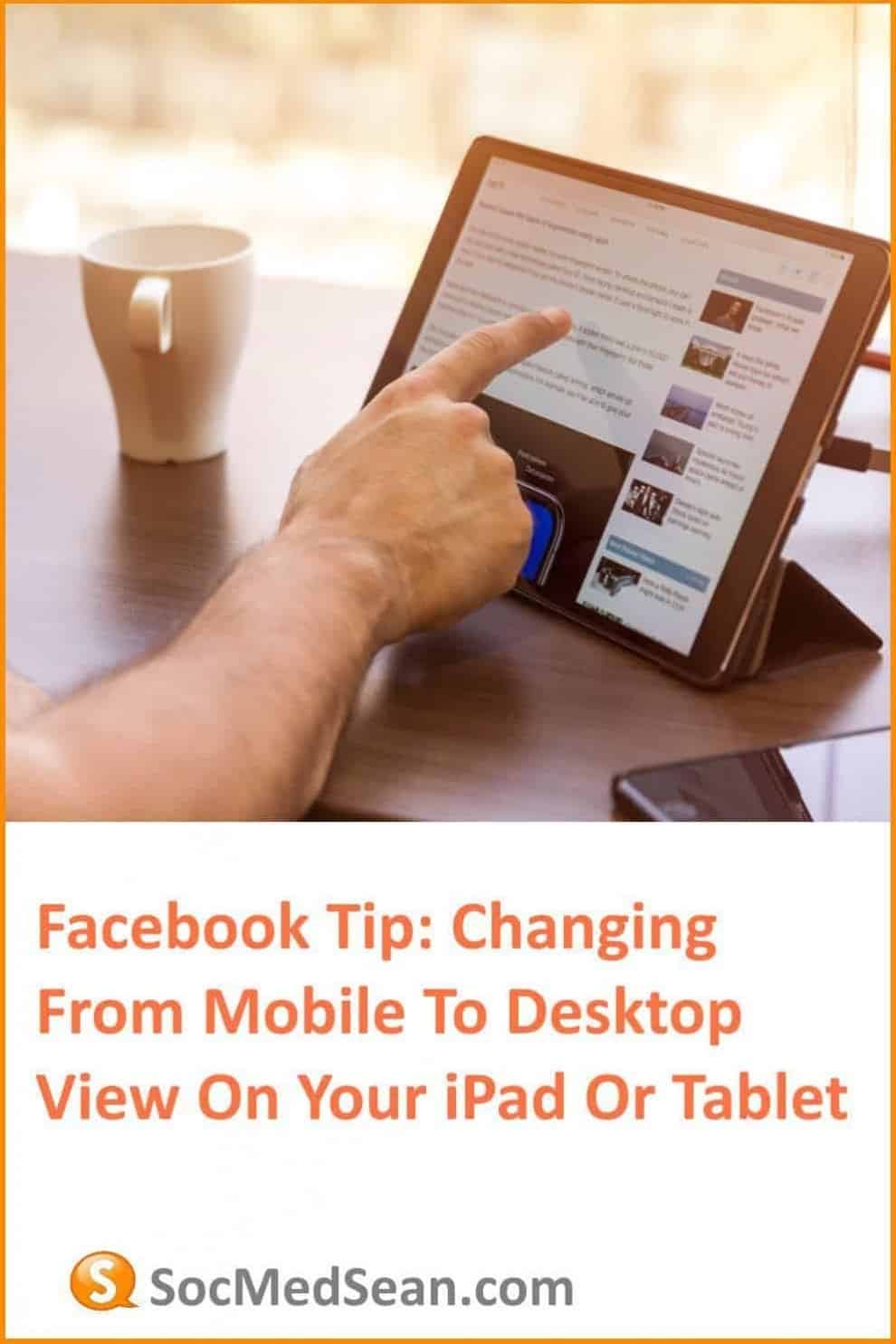 You are brilliant! Thank you so much.

Thanks for sharing this blog with us. Group members can tap I'm done to let the admin know they've interacted with a post in a guide.

Hi I have a pc desktop computer and suddenly facebook changed my browser to mobile phone. I have tried changing the (m) from the https but it keeps changing back ….. Any tips how to change back to regular desktop browser Thanks in Advance