This is a story about a social-media savvy woman who left her cell phone in a cab and thought she’d never see it again, but thanks to the Google+ app and a few mis-steps by the cab driver she was able to play detective and obtain the missing phone. Here’s where the story begins: 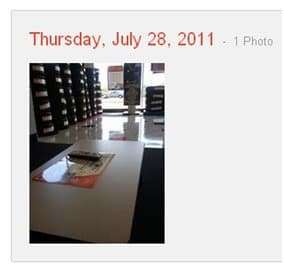 This photo, taken from my stolen phone, appeared in my Google+ stream

By this time, I had activated my new phone. So why was my old phone still connected to my account and how was it uploading photos to Google+?  Turns out, this is a differentiating factor between Facebook and Google+. The Google+ app automatically uploads photos taken on my phone to Picasa and then posts them on Google+. Pretty cool, right? This photo was uploaded exactly one week after I lost my phone.  I decide to call Yellow Cab once again and make them aware of the situation because it is clear that someone has my phone. I am told, once again, that the driver will call me if he finds my phone. He doesn’t call. . . 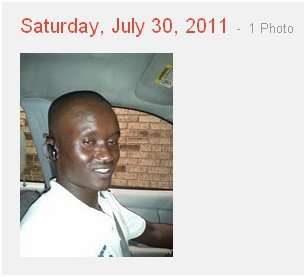 Yep, it’s my Yellow Cab driver – #957 in Kansas City. I call Yellow Cab, speak with Teresa, tell her the story and send the picture of the driver. She calls me back and tells me that Mr. #957 says his friend has the phone and took the picture of him, but that he’ll try to get it back. Teresa goes on to tell me that he’s a very honest person and has turned in many phones in the past. I find this hard to believe, but at this point it doesn’t really matter because I’m 99.9% closer to getting my phone back. 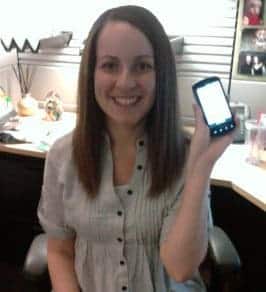 One month after signing up for Google+ and 18 days after losing the phone, it was returned to me.

Check out the second part of this story to learn why Mr. #957 had access to all of my personal information and was able to (accidentally) upload photos of himself to my Google+ account.

This information iss invaluable. How can I find out more?

If any of you guys are tired of misplacing or losing your phones, slap a Phone Lasso on it and put and end to the misery!

Great story! I really enjoy it :)

I believe that a couple of YC employees would have needed to explain their honesty to local law enforcement if it had been my phone.