Many people experience jitters from socializing with their peers, whether it’s a freshmen’s first day at school or an employee’s average day at work.

In effect, peer pressure often gets the best of people. It pushes a person to do things he/she isn’t really comfortable of doing or refrains from doing it because of what others might think or say.

Healthy social interaction and participation among peers is important for a healthy lifestyle. If one struggles to do so because of peer pressure, he/she cannot expect to live happily.

While technology, particularly the Internet, has helped many people overcome peer pressure by letting them speak their minds and giving them the freedom to decline from participating in unwanted situations, many people are deeming social media to aggravate peer pressure.

The perpetual struggle to keep young individuals away from bad influences have moved into a new landscape – the Internet. The latest studies show that people, especially teenagers, who frequently visit their social media account increase their likelihood of participating in poor habits, such as smoking, drinking, and premarital sex, compared to people who do not have an account or seldom visits it.

Compared to teens who have not seen pictures on Facebook or another social networking site of kids getting drunk, passed out, or using drugs, teens who have seen such pictures are:

Experts have found that teenagers who allot huge amounts of their time on social media sites are more likely to see photos of their friends drinking or smoking drugs. And in the struggle to find a group they think is cool or great for them, these teenagers do stuff they wouldn’t have been forced into doing if they weren’t exposed to social media.

The study has sparked arguments over whether or not social media sites are accountable for amplifying the pressure teenagers are already exposed to offline.

And if it is accountable, to what extent?

While social media has been shaded in an undesirable color by society, it does offer equally positive results. People are immersed in different cultures and practices that can actually aid in removing the negative effects of peer pressure through encouragement of new and exciting things instead of trying hard to conform to what everyone else is doing.

While the connection between peer pressure and social media is still a relatively new topic and an undoubtedly complex one, there are simple countermeasures to avoid the amplified effects of peer pressure caused by social media. One of these measures is to limit your exposure to social media websites. Rather than browsing for countless hours, you should read a book or spend time with your family or friends.

Social media can be both advantageous and disadvantageous in respect to peer pressure. It all depends on how one uses social media tools on a day-to-day basis.

You should employ these sites to your advantage by finding new friends, setting a good example online, and avoiding content you know is bad for you. 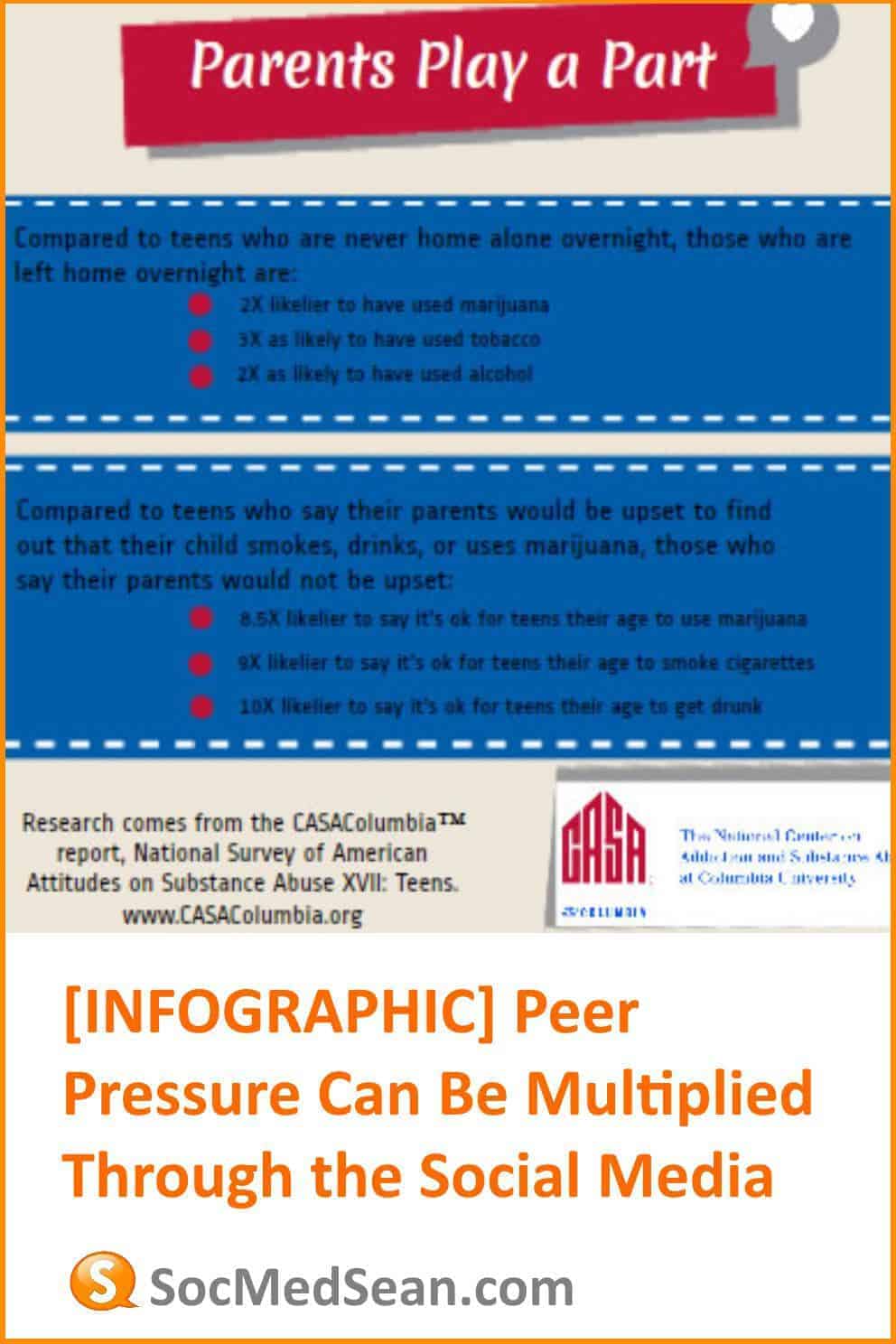 So, I wonder if it is also possible...if they see their friends in positive, encouraging, and healthy behavior does this impact them to make better, healthier choices?

Yes, of course. I strongly agree with you and there are good stories around me that attest to that.

Good stuff - thanks for posting!

There is an implied causative relationship here that may or may not be valid. Perhaps the kids without SM accounts are introverted non-socializers who may have limited opportunities for said behaviors.