Many online users know of popular abbreviations, or even hashtags, like “LOL” (laugh out loud) or “IYKYK” (If You Know, You Know). Though, the communities across social media have created many more words to go into their own, online language that has been crafted across the years.

For example, the ftfy meaning might be something you would say if you fixed something for someone, “fixed that for you”.

When it comes to internet and social media jargon, it’s not enough to just know what the acronym means, it’s also important to know how it is used and when to use it. FTFY is a perfect example of an internet phrase where the context is just as important as the use of the phrase.

While the phrase “fixed that for you” might sound like it’s a helpful phrase where one person is fixing something for another person, it’s often not that AT ALL. For the most part, FTFY is used as a snarky response to a statment or image that someone doesn’t like.

As the Founders intended. pic.twitter.com/Tp7lVYKIXJ

. @TheDailyShow I fixed this for you. You’re welcome. pic.twitter.com/JFYwgZqMoi

In this case, spelled out “fixed this for you”, but I could have simply used “FTFY”.

If you’re a frequent user on Instagram, Twitter and Tiktok (I mean, who isn’t?) then you’ve probably come across some new terms that you haven’t seen much of. Have you ever wondered what they mean? Want to stay in the social media lingo loop? Read on below to explore lesser-known social media phrases that other readers have asked about. 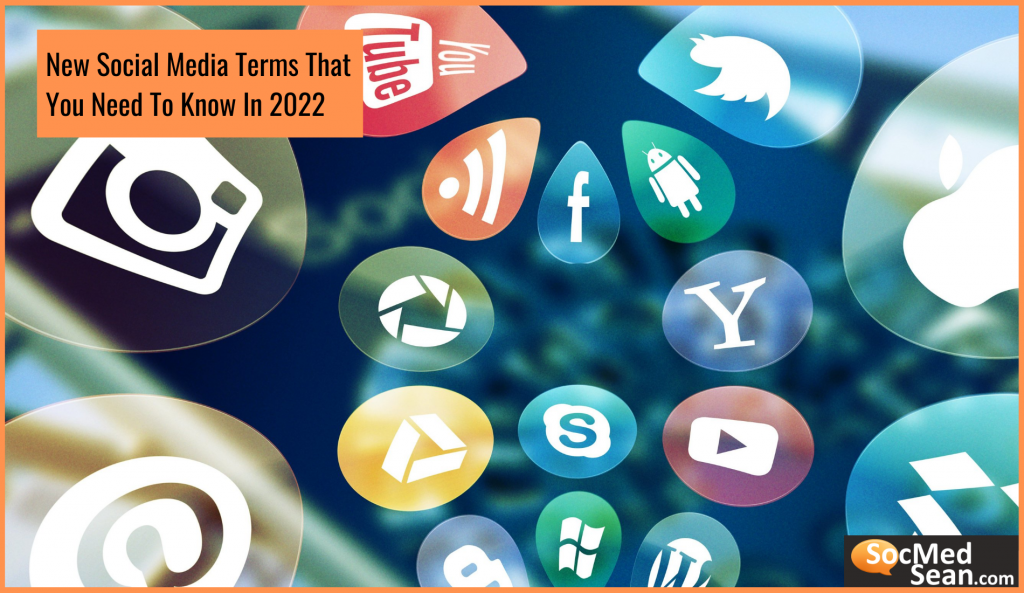 What Does f4f Mean On Social Media?

An example of a “f4f” would look like the following:

Essentially, f4f is a signal from one user to another that they will follow back if someone follows them on that social network. So when “Number1tweeter” sends a message to “Number2tweeter” F4F they are signaling that if #2 follows #1, they will follow them back.

What Does ftfy Mean On Social Media?

as we spelled out earlier in the post, Ftfy is an acronym for “fixed that for you.” It’s often used sarcastically in a disagreement and is not meant to actually fix an honest mistake.

An example of an Ftfy interaction would like the below:

“Oranges are so awesome.”

What Does qotd Mean On Social Media? Does qotd mean something bad?

Qotd means “question of the day” or sometimes “quote of the day,” and is both a popular abbreviation and hashtag on Instagram and Twitter. It is often used to share daily knowledge in the form of answers to questions surrounding brands or individuals, or historic or funny quotes.

So, in most cases qotd means something good. It means the user is sharing information or engaging with their followers, friends or colleagues on a daily basis.

An example of a QOTD would be the following:

Hopefully, the QOTD would generate a healthy conversation about why Baskin Robin’s Peanut Butter cup ice cream is not only the best brand but flavor.

What Does wom Mean On Social Media?

“Word of mouth,” otherwise known as “wom”, is used to share how information can pass personally through verbal storytelling. Verbal storytelling in this sense would be referral or stories from friends or family.

For example, a user on Twitter can say that “I heard from ‘wom’ that BTS is performing today at a local charity event. Let’s try to get tickets!”

What Does dfkm Mean On Social Media? Is the dfkm meaning something bad?

Dfkm means “don’t f***ing kill me.” Yes. It sounds bad, but like a LOT of social media slang, you have to understand the context of the usage.

On apps like Twitter, it is used to convey the idea that something the other person said is really funny. To be clear, this acronym is only used in humorous situations. It often goes along with phrases like “I’m dead.” In other words, dfkm doesn’t mean something bad. It actualy means something good.

Twitter User 1: When I was in high school, I passed gas in front of my crush. He didn’t know it was me and started choking on air, wondering where the foul smell came from.

In this scenario, user 2 is likely laughing (maybe out loud) and is saying that the story is hilarious.

What Does “I’m dead” Mean On Social Media?

Much like dfkm, “I’m dead” is a way to convey that the reader thinks the statement is very funny. It is quite a popular saying, or hashtag, across many of the social media platforms and apps.

For example, A user could tweet out, “I’m so broke, I don’t think a homeless person would rob me.” And another user would react to that and say, “I’m dead.” Think of it as another way to say “LOL” or “LMAO”.

What Does “ffs” Mean On Social Media?

As an example, you may see “ffs” in the description on a TikTok video as a user rants about not being able to navigate through afternoon traffic in a busy city.

What Does “Avi” Mean On Social Media?

This is a saying that’s pretty popular across the board. Avi, pronounced out loud as “aa-vee”, is short for avatar. Someone’s avi is their profile picture on social media apps. The term can also be used to reference a representative for a company.

For example, Aaron Rogers is an avi for State Farm insurance.

What Does “socmed” Mean On Social Media?

Some of our SocMedSean readers have asked what “socmed” means. Well, here’s an answer to the QOTD (get, it 😊). Believe it or not, Socmed was an early abbreviation for social media, itself. So, the phrase socmedsean is short for “Social Media Sean.”

What Does “iso” Mean On Social Media?

Iso is short for “in search of.” This saying is most often used when the poster is looking to find a person of interest, or to purchase an item.

For example, a user on Instagram can post a picture, with a caption that asks, “I’m iso a pink Gucci belt. Does anyone know who’s selling one? Please DM me!”

Whether you are an individual who has found a safe space on a social site, or if you’re a business owner who is looking to expand their online reach, it is important to stay up to date on the current online language. Social media terms and their lingo are ever changing. Though obscure social media terms discussed above are newer, they are good to know in order to help you navigate the social media sphere.

Do you have any other favorite, obscure social media phrases that you know of? Feel free to share them with other SocMedSean readers down below! We’re always on the lookout for the latest social media terms.