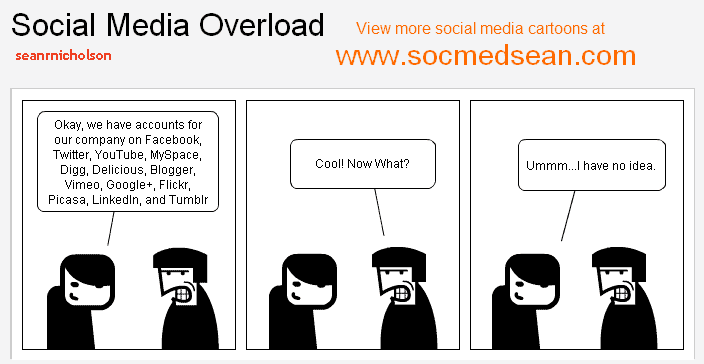 Let’s face it, there are a ton of social media sites out there and trying to participate in all of them may spread your resources and your budget way too thin. Instead of trying to be everywhere, take some time to analyze each platform and their potential benefits and then develop and entrance plan for those that meet your needs.

Well, it’s been nine months since Empire Avenue opened its doors to the public and it seems to have really established itself as one of the more addicting social games out there. The site has evolved significantly since it’s launch, adding a enhancements such as the ability to invest in Twitter accounts, regardless of whether they have joined the site.

There’s a new social network on the block that’s claiming to make it easier to manage your social network. The idea is that Path limits your social network to 50 users, presumably the 50 that you really care about. The new network was founded by Dave Morin, a former Facebook developer and is focused on allowing people to upload and share photos (aka “moments”), and tagging people who are present in them. Users can then share with others in their network.