If you’re engaged in social media for either personal or professional purposes (and if you’re reading this, I’m betting you are), there’s an important skillset and rule that you might want to think about: The art of not replying.

Having been involved in social media for the last 20 years and having run my own large, web-based community, I have seen a LOT of flame wars, bullying, and online arguments that didn’t help the community in any way and, often, ended up with both sides losing the argument because they either got banned from the community or let their personal emotions get in the way of making a coherent argument.

Ever been frustrated or angry at the responses you see in an online argument?

I’m all for spirited debate via digital channels, but in my experience, the arguments that got out of hand weren’t based on a disagreement over facts, but instead began as well-intentioned discussions and devolved into personal attacks, positions with emotional bias but no real fact, or just hot-tempered community members who couldn’t resist pressing the “post” button.

As the site owner/community manager, I even had someone threaten to come to my house in person so he could discuss the fact that I edited one of his posts that contained a racist comments.

The post was accompanied by a photo of him holding his shotgun.

So, having been down this road once or twice before, I thought it might be a good idea to share some experiences that might help others when engaging in spirited debates online. I love the fact that the Web is a platform for sharing thoughts, ideas, experiences, and positions…but let’s try to keep it civil, folks.

In case you have never seen the movie “Bambi”, you need to learn this one little piece of sage advice from the bunny rabbit named Thumper.

Thumper’s father taught him (and his mother reminded him) that “if you can’t say something nice, don’t say nothing at all.” Sometimes it’s just a good idea to walk away from the argument, especially before it gets personal.

When it comes to online discussions, it might be a good idea to keep Thumper's Rule in mind - If you can't say something nice, don't say nothing at all..... Click To Tweet

Community managers can spot them a mile away. Trolls who like to just stir the pot and start arguments.

They’re the bane of our existence and when I spot one, I give one stern warning and then have no problem clicking the “Ban” button when they do it again. If you’re there just to argue, then go someplace else. If you’re there to contribute and enjoy the company of other people, great. But don’t be a troll. No one likes  a troll. 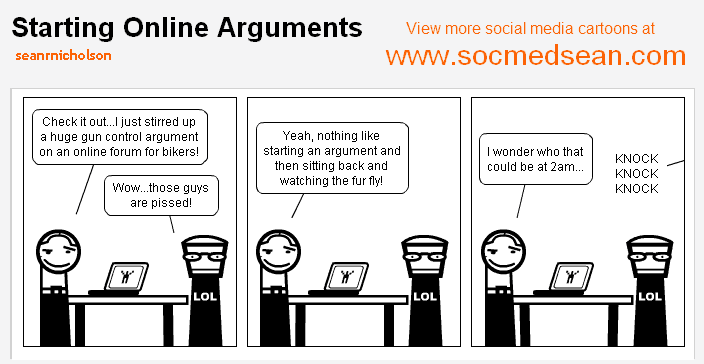 3) Know your position and why you’re defending it

Do you really believe in the argument you’re making or are you just attacking the person who is disagreeing with you. As humans, we sometimes let our distaste for someone else cloud our judgement as to whether they are making a valid argument.

Playing “Devil’s Advocate” online doesn’t work as well as it does in-person, because the person on the other end of the debate doesn’t know you and doesn’t know whether you really believe your position or not.

If you’re being contrary just to spur the debate, be VERY clear about it.

4) Think about the community

Is your argument about gun control really beneficial to a community focused on helping solve technology-related issues? Sure, frequent contributors to a site often get to know each other personally, but do you really need to bring off-topic arguments to a forum where they aren’t of benefit to the community? 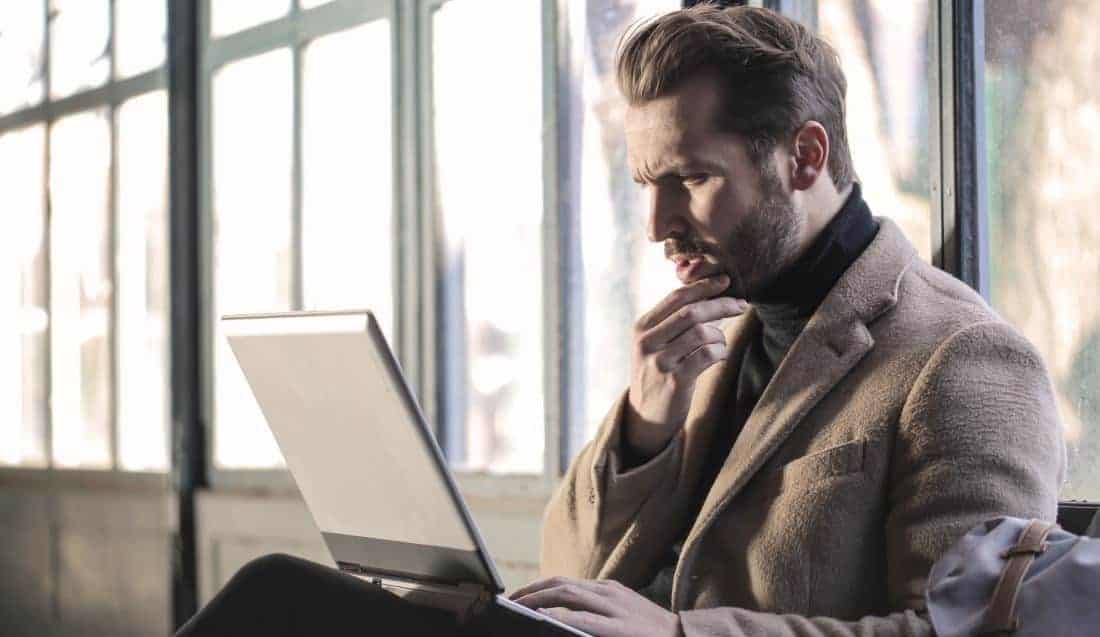 Before you post, ask yourself whether this community is the right place for your rant or diatribe

Before you go off on a rant, think about whether the content is actually useful to the other members of the community. If not, keep it to yourself or find the right channel to express your point of view.

5) Consider how others would view the discussion and your behavior

Is getting into a heated, online argument full of personal attacks about whose compound bow can shoot farther really worth the time and energy? What would your boss, spouse, significant other, or mother think if they read the conversation online?

Would they remind you of Thumper’s rule?

If so…maybe it would be best to just close the browser and walk away?

6) Consult with the site owner or community manager

It’s their community, let them have input before they have to jump in and moderate.

7) Learn to agree to disagree

Most of the time, there is no right answer in an online argument. Learning to agree to disagree is a great skill to have! Click To Tweet

You know what they say, opinions are like ********. Everyone has one and sometimes they stink.

If your opinion is just that and not founded in any facts, then just accept the fact that others have their right to an opinion, too. No need to engage in personal attacks or threatening behavior.

Express your side of the debate, let the other person or parties respond, and then agree to disagree.

8 ) Consider learning from the person you are debating

Do you know everything? If you do, then turn off the computer because you’re done.

There’s nothing left to learn and the Internet isn’t for you. If you don’t know everything, then take the opportunity to consider that the person on the other side of the debate might have something to teach you.

I have been in many online debates about the “right and wrong” about the improper use of intellectual property (Napster, BearShare, Creative Commons, Pinterest, Facebook breaches, etc…) and the person on the other side of the debate has no idea that I’m trained as an intellectual property attorney. Yet, they often want to “school me” on copyright or trademark law.

Maybe you don’t know more than the other person, maybe you do….but consider the possibility that you don’t.

Understand that who you are online should be reflective of who you are in real life. Ask yourself, “if I held this argument in person over a beer, would I be saying the same things?”

If the answer is NO, then stop typing. Don’t say things online that you wouldn’t say in-person.

You have no idea whether you’ll meet the person on the other side in real life someday, so don’t give them any excuse to punch you in the nose just because you want to stir an online debate.

Don’t be THAT GUY/GIRL!

If you're going to engage in healthy online dialog about touchy topics, be sure to be the REAL YOU! Click To Tweet

10) Back up your position with real, verifiable facts

If you have facts to support your side of the debate, great.

But don’t quote YouTube videos, don’t argue that “they say” or that you read it on Wikipedia. Provide real facts, not links to some blogger’s opinion.

If you don’t have verifiable facts, then understand that you’re position will be regard as opinion and refer to #6 above. If the other person has facts that are verifiable then don’t just keep arguing to argue.

No one likes a sore loser.

Have other tips and tricks for avoiding online arguments? Have an experience to share that others could benefit from? I’d love to hear them in a comment! 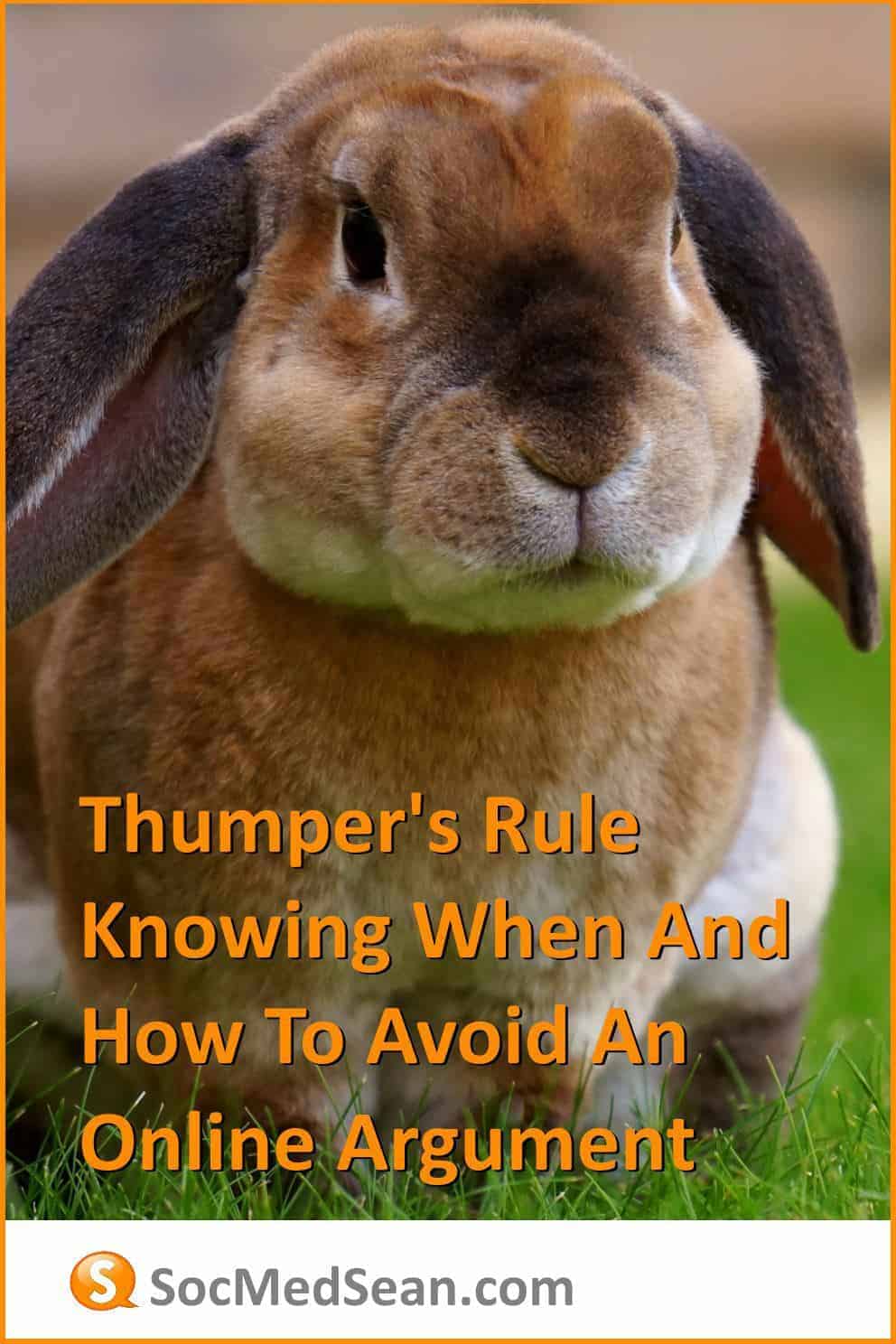 Thanks for this article Sean. I learned enough from it, I should be able to keep my computer on for at least another week. Seriously, I did learn several thing and hope they keep out of some ditches.

Thank you for your post and it helps me cope with my emotions right now. I have posted my opinion on a community forum but someone in the neighborhood responded that I’m a silly and irresponsible person. I was angry and upset and didn’t know what to do. After reading this, I felt encouraged. I can just simply walk away And not to worry about it. Thank you!!

Very entertaining and at the same time motivating. Thanks for sharing!

I love this article Sean! I post my personal opinions on my personal FB page and since I do have people who believe differently, they like to share their opinions about my posts. I've 'unfriended' people who started with personal attacks. Just because it is online doesn't give you the right to be a jerk!

Learning logical fallacies helps avoid frustration from trolls, as you can spot the flaws in their claims much quicker, and just roll your eyes. This helped my indifference a lot as well.