Wow…sometimes the simplest tasks can be made difficult.

As you may or may not know, I ‘m a big fan of Twitter. Generally, I use HootSuite on my iPad, but there are times that I need to access the www.twitter.com mobile version of the site to perform tasks such as creating lists or just checking out people’s profiles from an email link. While the Twitter mobile site is significantly faster than the desktop view, I still prefer the Twitter desktop version since it offers a lot more functionality. 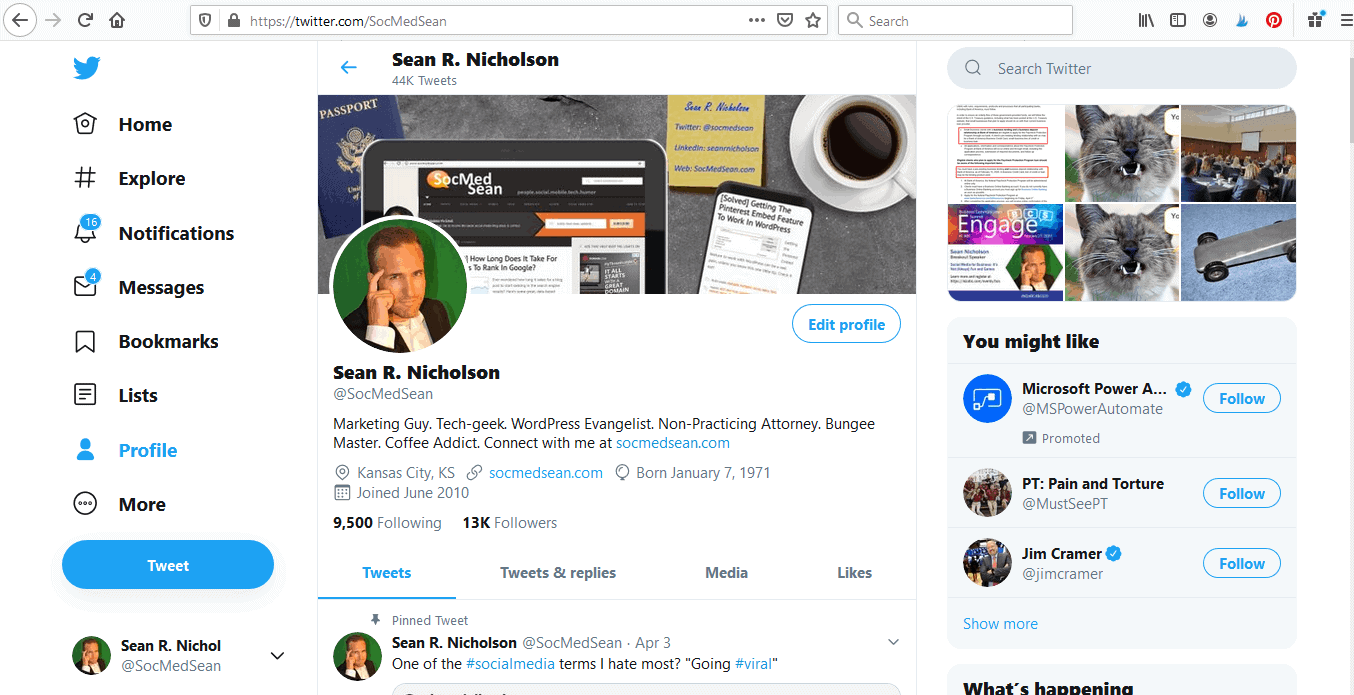 Twitter is a great tool for sharing resources and connecting with other people. Feel free to follow me at @SocMedSean for more great tips and links to my future posts.

When it comes to features, the desktop version of Twitter offers a lot more functionality.

Lists, for example. This morning, all I wanted to do was create a simple list of my tweeps located in Kansas City. Couldn’t do it in HootSuite so I switched over to the Twitter and somehow got stuck in the mobile version of Twitter on Safari.

So, I switch to Google and type the following searches:

iPad change Twitter desktop view – Nope. Nothing there either.

iPad change view Twitter standard mobile – Still nothing. There has to be a solution.

I even visited several iPad forums and the common answer was to switch to Atomic Browser. Really?? A whole new browser just to switch over to the desktop view of Twitter?

This searching went on for about 20 minutes with a high level of frustration before I gave up on Google (something which rarely occurs for me).

Finally, I just got out my laptop, booted up, went to http://mobile.Twitter.com in Firefox and hovered over the link in the standard desktop view. Yes…when you visit Twitter’s mobile view on a desktop, there is a link to switch between views.

I’m still scratching my head on that one. 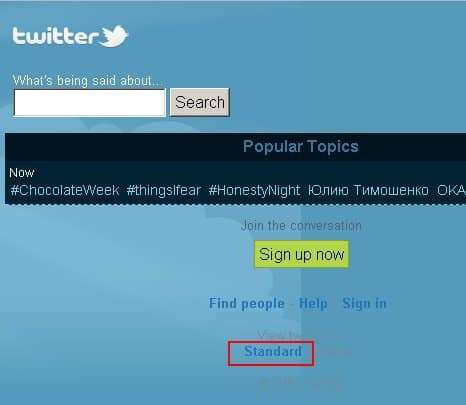 Strange…you can click the link to the standard Twitter interface when viewing Twitter’s mobile site in Firefox on a laptop, but not on the iPad in Safari.

So…for all you lost souls who are stuck in the mobile view of Twitter on your iPad, here is the magic process you can follow to switch to the desktop view.

WAIT! Before You Go Any Further, Twitter Has Turned Off The Capabilities In The Next Steps. I’m Keeping It In The Post For Posterity, Or In Case They Turn It Back On. Go To The NEXT Set Of Steps To See How To Switch Your UI

Method Number 1 – DON’T USE THIS ANYMORE!!

1) Go to http://twitter.com and likely it will switch you to the mobile view.

2) in the URL bar, change the URL to https://mobile.twitter.com/settings/change_ui

NOTE: It is important that you ensure the URL has https and not http.

3) Twitter will redirect you to the login screen for the desktop view and you’ll need to log in again.

Method Number 2 – USE THIS METHOD!

1) Go to http://twitter.com in your mobile browser and likely it will switch you to the mobile view.

2) In your browser, click the menu icon. Below is an example of what the menu looks like in the Chrome mobile browser.

3) From the menu, choose “Request Desktop Site”. Your browser should now switch you over to the desktop version of Twitter.

NOTE: To switch back to the mobile view, just click the menu icon again and choose “Request mobile site”. 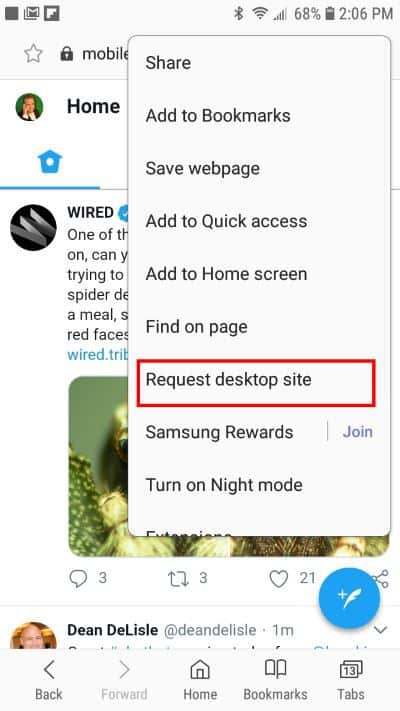 Switching Twitter from mobile to desktop view on the Chrome mobile browser is as simple as just requesting the desktop site from the menu.

I hope this saves someone else time and frustration. If you know of a better way to display the desktop view of Twitter on your mobile device like an iPad or Android tablet be sure to share your tip in a comment. Other will definitely appreciate your help!

UPDATE 1: I have had a lot of questions asked about whether this same fix works for Android phones like the Galaxy  and on Android-based tablets like the ASUS Transformer. The great news is YES, I have tested this exact same process on both the Apple iPad and the Android tablet to make sure that it works. I also tested it on my Samsung Galaxy smart phone and method #2 works there, as well.

UPDATE 2: Several folks have asked me what I consider to be the best twitter app for iPad. Honestly, I would still have to go with Hootsuite. The ability to create custom columns that store data like hashtags and saved searches still sets Hootsuite apart from most other iPad Twitter apps. If you haven’t tried Hootsuite, I would definitely give it a try. 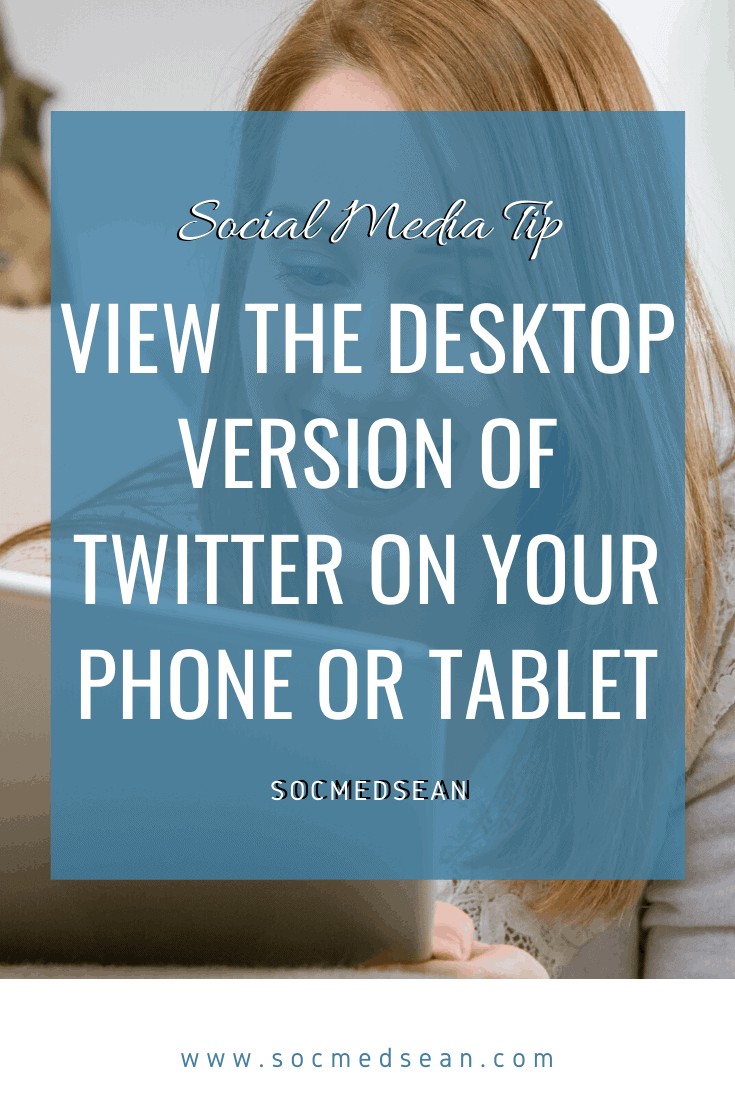 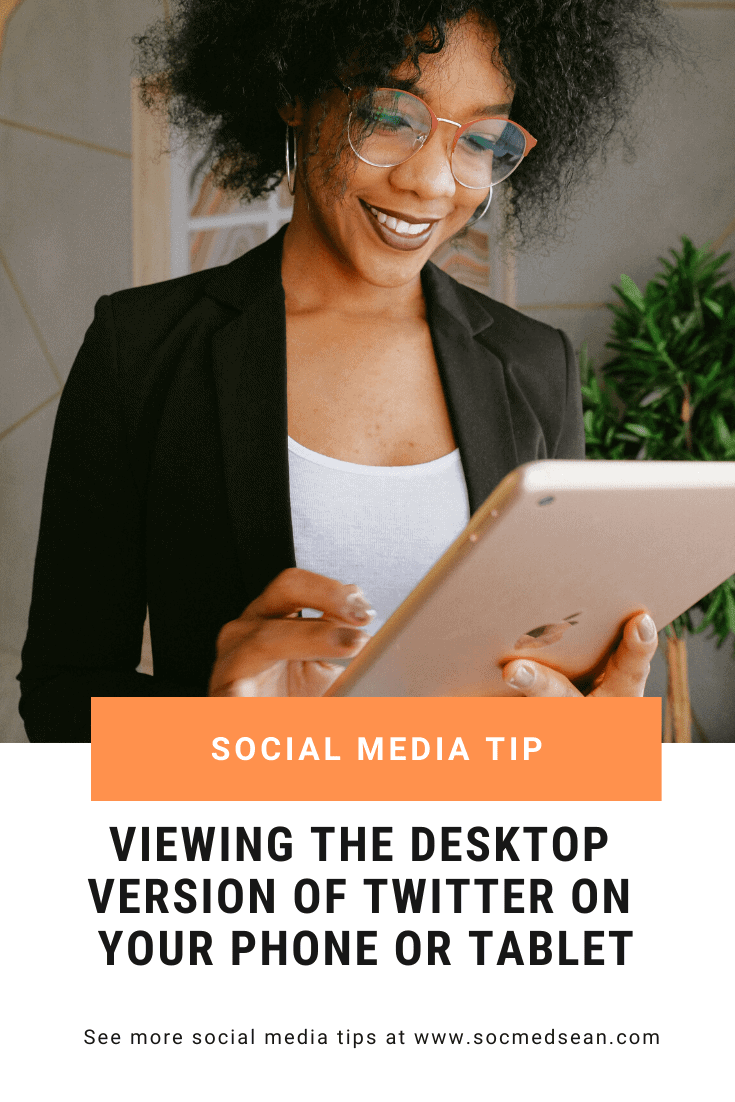 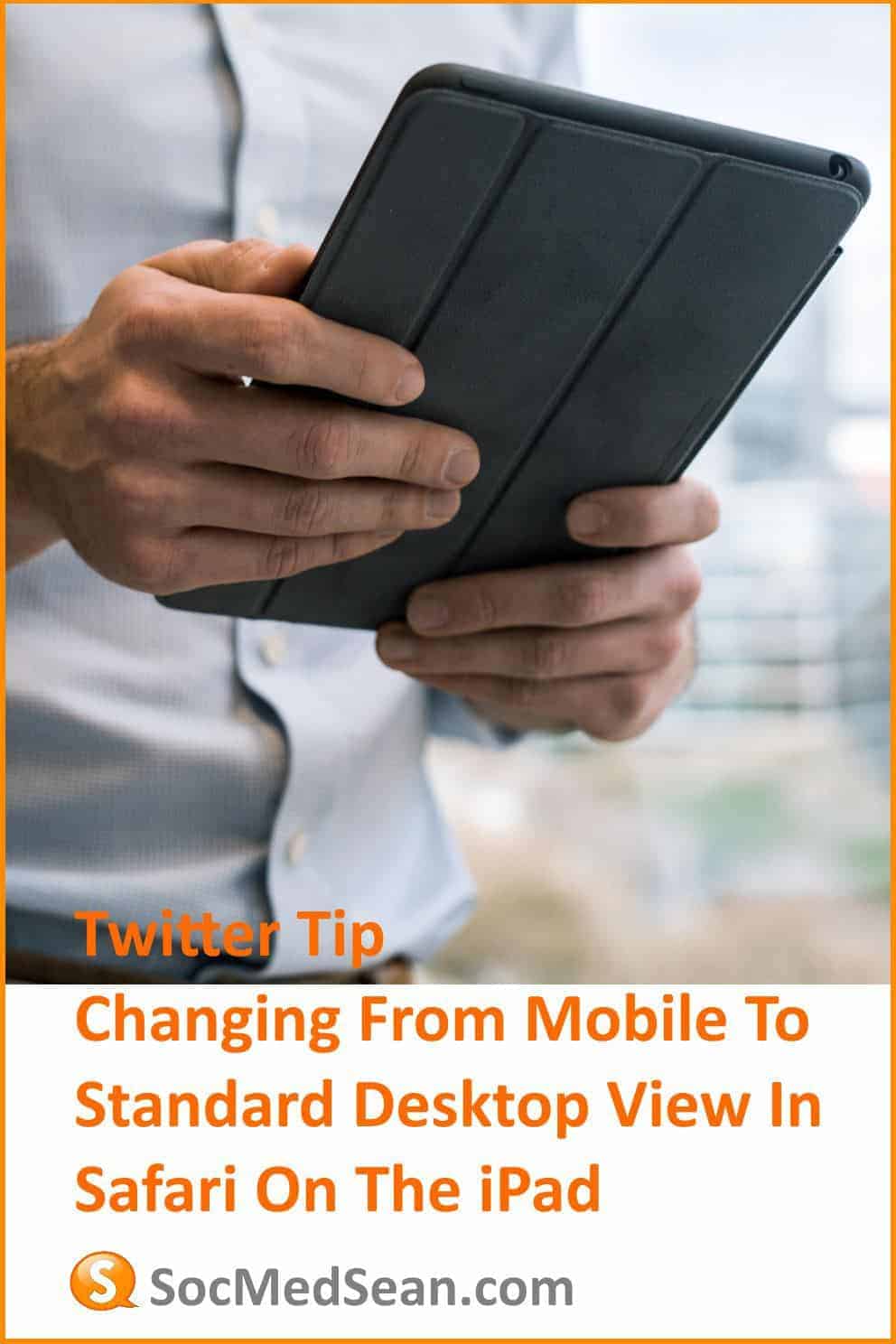 nice tips. There is a lot of helpful information! Thanks for this awesome post.

nice tips. There is a lot of helpful information! Thanks for this awesome post.

That simply doesn't work nor does the uodate

Hi Wilbur, It looks like Twitter has made a change. I added second method to accomplish the change to the bottom of the post. I hope it helps!

I want to see the desktop view on my desktop, but for some reason Twitter has given me the mobile view; I'm not aware of having made such a change, myself. I don't have Safari but Google Chrome, and so I tried hard but your solution does not work for me. Any suggestions?

Hi Shirley. It sounds like Chrome has gotten stuck in mobile view. Try this. 1) In your desktop view of Chrome, right-click anywhere on the page and choose "Inspect" from the menu that pops up. 2) A sidebar is going to open with a lot of technical code. Don't worry, that's okay. 3) Look for a small icon at the top of that sidebar that looks like a mobile phone on top of a tablet. It's usually at the very top-left. 4) Click that icon and see if it switches your view back to the desktop view. You might have to click back a forth a couple times.

I hope that helps, let me know if it doesn't.