UPDATE: I added some additional info to the end of this post based on all of the great comments from users. Be sure to read all the way to the end.

Over the last few weeks, there has been a lot of stink over the fact that Facebook is splitting its messaging functionality out into a new Facebook Messenger app.

Some fear-mongers have been spreading rumors that Facebook plans to use your camera and microphone to listen in on your private conversations, while Facebook has sent pretty clear messages that it has no intent to do so.

The result, however, has been quite a few conversations where friends and family have asked me whether they should avoid installing the Messenger app and whether there are options to open messages sent via Messenger without using the app.

The quick answer is yes…and it’s a lot easier than you think. There have been a few changes to Messenger in the fact that there is a new app, but do you need it to view your Facebook messages?

TL;DR – For those who want the quick answer without having to read the entire post, you can read your Facebook Messenger messages by accessing Facebook through a browser, not the mobile app. Once you navigate to Facebook in your browser, you can open Messenger from within the Web view and read your messages.

Do We REALLY Think Facebook Is Spying On Us Using The Messenger App?

My response has been pretty simple. Even if it were true, and Facebook were spying…is your life really that interesting? If you’re concerned with Facebook listening in on your conversations, maybe you should rethink what activities you’re engaged in.

No…Facebook is not really interested in your rants during your kids soccer game.

Surprise…they don’t want to hear you use the terms “ping”, “strategize” and “leverage” in your corporate meetings.

It’s true…Facebook is not interested in any of your embarrassing bathroom noises while you play Candy Crush Saga on the toilet.

I hate to be the bearer of bad news, but installing the Messenger app isn’t going to place your privacy in any more risk than the already embarrassing photos and “woe is me” posts that you’re putting on Facebook yourself.

So calm down, don’t believe the fear-mongers….just relax. If you think that using Facebook Messenger presents a privacy challenge, then you need to also consider whether posting on Facebook is a challenge.

If you are concerned with protecting your privacy, then maybe deleting your Facebook account (including Messenger) is the right move. That’s not what I’m advocating, though…I’m just saying that oversharing on Facebook (something that you do) is just as much of a privacy issue as what Facebook does with your data.

YES, Facebook is harvesting your data. YES, Facebook is using that data to show you customized ads, status updates from your friends and family. YES, that is a little creepy.

But consider the last time you paid Facebook for a membership fee. You haven’t.

In the world of marketing that says “if you aren’t buying the product, you ARE the product” and that’s exactly what is happening with Facebook. You are paying with your privacy.

That’s not the end of the world, though.

Why Is Facebook Splitting The Messenger Feature Into A Separate App?

The short answer is because it’s in their best business interest to do so. If Facebook Messenger is closely tied to the Facebook app, then Facebook (the company) misses out on an opportunity to create a unified messaging platform across all of the social media channels that they own.

Is that good for consumers? Maybe. It means they only have one messaging app to install. But, it also gives Facebook access to a lot more data as they can now read and analyze your 1:1 and group communications.

Is it good for Facebook? Absolutely. Imagine having one unified inbox that represents a user that they can mine for data. Remember, we don’t pay anything for the use of Facebook, Instagram, and the other Facebook-owned channels. That means our information is what we are giving them in exchange for using the platform.

How does that old adage go?

If you choose not to use the Facebook Messenger app, great! That’s OK.

It’s one less communication channel that you need to check while you’re sitting at the stoplight holding everyone else up in line when the light turns green and you’re fixated on your phone.

But if you don’t believe me and you NEED your Facebook messages, yet are terrified that adding it to your phone will require you to wear a foil hat for the rest of your life so Facebook doesn’t steal your thoughts, then here are the instructions on how to get them.

NOTE: No…it’s not optimal. Yes, it’s kind of cludgy…but if you want the best experience, simply install the app and get over it. Again, not the best user experience, but it gets you to your messages without ever having to bow to the privacy will of Facebook and their desire that you download their second, stand-alone Facebook Messenger app.

I hope this helps. I also hope this post gets zero traffic because people aren’t silly enough to Google “how can I view my Facebook messages on my phone without installing the Messenger app”.

Update – I am astonished by the responses to this post…AND I apologize for being a snarky SOB.

First, let me apologize to my readers for the high-level of snark in this post. I probably went a little overboard and if it offends folks, sorry. Not my intent.

Second, I cannot believe the traffic this post is generating.

What that means to me is there are lots of real, legitimate reasons that people want to view Facebook Messenger messages without installing the mobile app. If you read the comments below, you’ll see that my readers have (once again) done a great job chiming in and sharing their reasons.

Some of them include the following:

Not wanting to give away all of your private information, although I don’t see how viewing the messages in the desktop version vs the mobile app makes any difference on that front. Facebook still has all your messages and can still read them, regardless of the platform.

This one is SUPER valid.

On my Samsung Galaxy, the Facebook Messenger app is a bloated whale on an app.

The current version of the app takes up 408 MB of storage.  That’s nearly half a gig of storage for a single app.

By comparison, What’s App Messenger only takes up 19MB of storage and is a very similar type of messenger app. If you’re short on storage or your phone doesn’t allow you to move apps to your SD card, I can see why you would be unhappy with Messenger.

If you hate chat apps, then you should love the fact that Facebook split Messenger out, so you don’t have to install it. I completely get it.

Now, instead of one app checking for Facebook messages, you have two. Two apps essentially performing a very similar function on a similar schedule could really impact your battery life.

The solution? Look at the settings for both the Facebook and Messenger apps and adjust how frequently the apps are searching for new messages or data.

Not everyone has unlimited data on their mobile phone plan, I get it.

With the division of Facebook the app and Facebook Messenger, you can save data by choosing not to install the Messenger app. For those that want the best of both worlds, Facebook even included a “Data Saver” feature in Messenger to reduce the amount of data that the app uses by not automatically downloading images and videos.

To access the data saver feature, open Facebook Messenger and then click your profile photo. There should be a “Data Saver” menu item in the options that appear. It has gotten better, but at the beginning, Messenger was a hulking piece of $hit. I certainly expected more from Facebook (which I probably shouldn’t have). I feel like it’s a lot more stable, so maybe this has been worked out. That is, until they try to add more advertisements in 😉

So, there you have it. An apology and an update. Just like every other human blogger out there, I sometimes let my opinion and snark get in the way of the fact that my goal is to actually help folks navigate social media.

If my sarcasm got in the way of doing that, sorry. But keep the great comments coming. I can take the criticism, it’s okay  😉

Just to show you that I try not to take myself too seriously, here’s me with my foil hat. Yes, I understand that it will now live on the Internet forever.

I try not to take myself too seriously 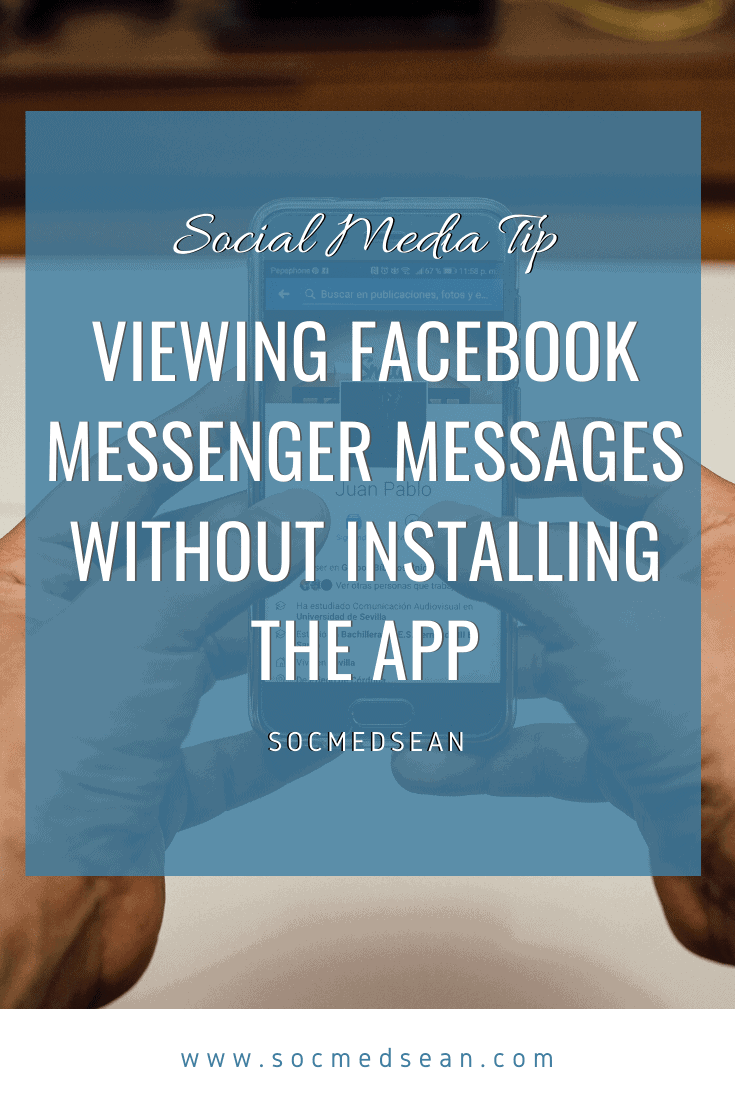 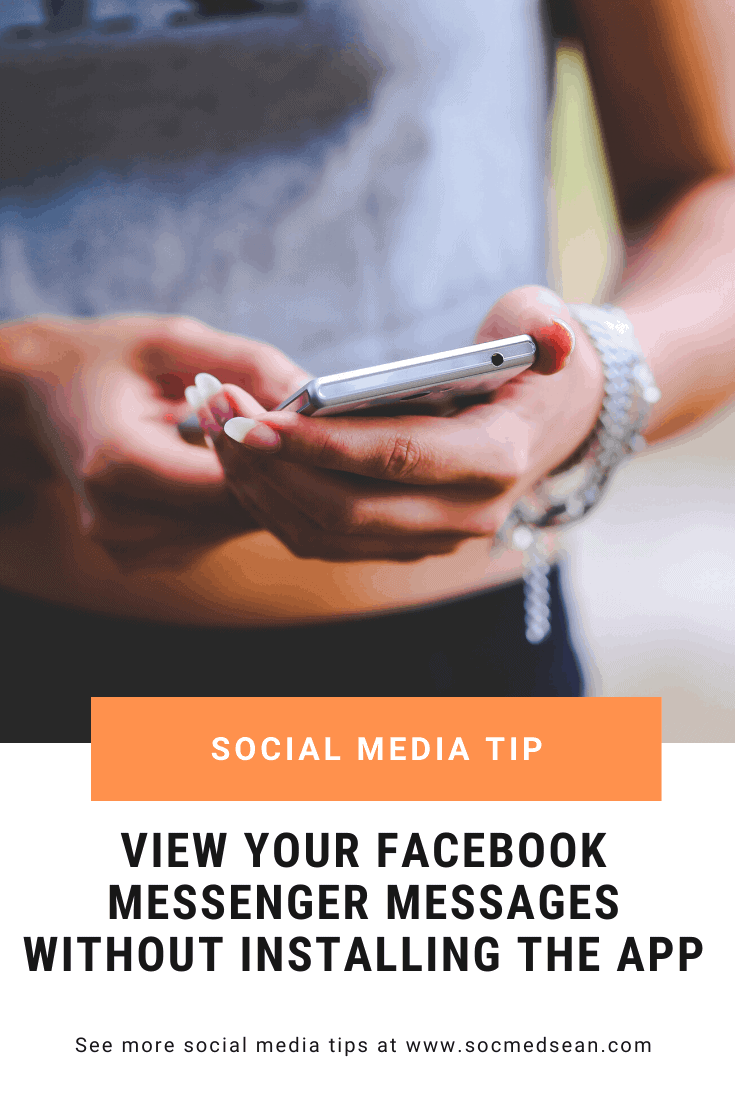 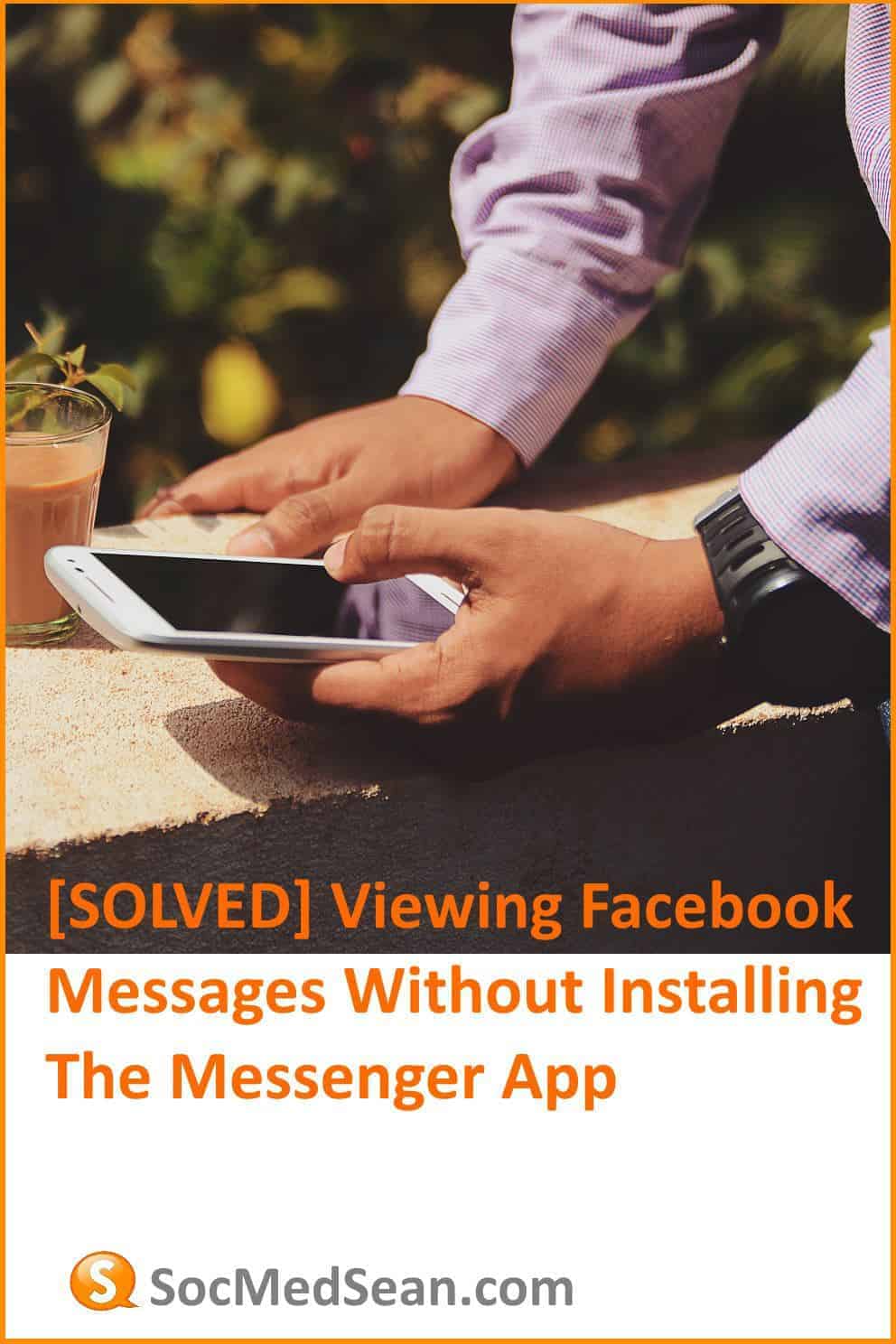